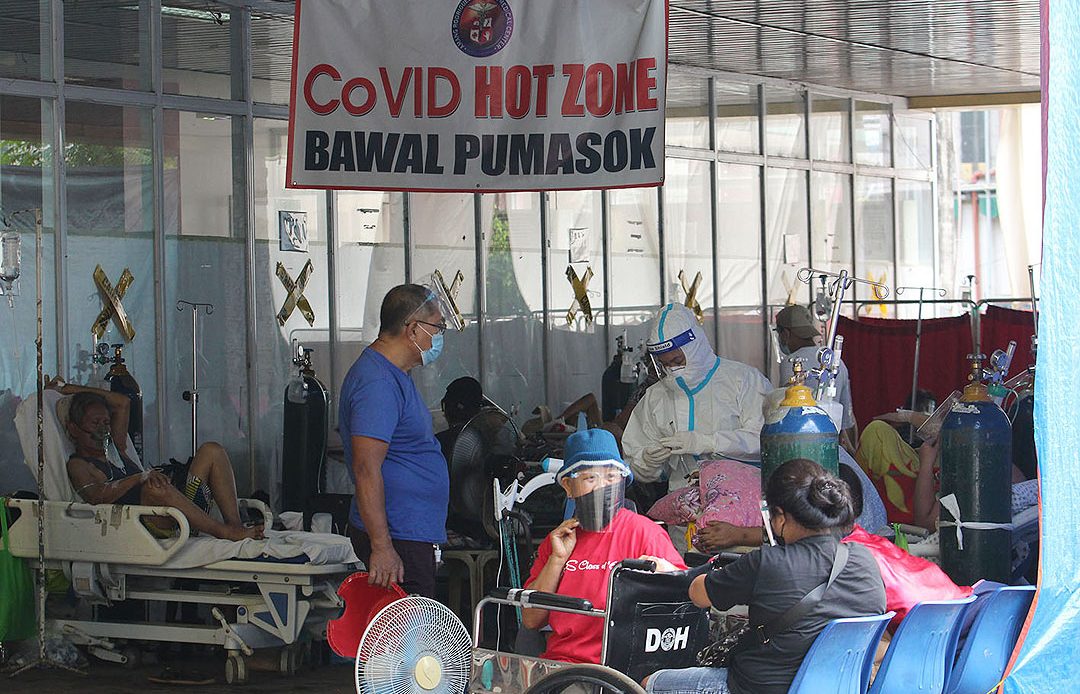 THE PHILIPPINES will remain under Alert Level 2 until Jan. 15 after a slight rise in coronavirus infections, according to health authorities, and amid the threat of a more infectious Omicron variant.

An inter-agency task force approved a plan to keep all provinces and highly urbanized cities under the second alert level from Jan. 1 to 15, Cabinet Secretary Karlo Nograles said in a statement on Thursday.

Under the lockdown level, businesses may operate at 50% capacity indoors, limited to fully vaccinated customers.

The country’s coronavirus situation was “very stable,” vaccine czar Carlito G. Galvez, Jr. Said this week, even as he noted increased infections in some areas.

The Philippines has detected at least four cases of the Omicron variant, which has spurred a fresh infection surge in some countries including the United States.

Almost 50 million out of 109 million Filipinos have been fully vaccinated. The government is targeting to inoculate 54 million people by yearend.

The Department of Health (DoH) reported 1,623 coronavirus infections on Thursday, the highest in more than a month, bringing the total to 2.84 million.

The agency said 97% of the reported cases occurred from Dec. 17 to 30. The top regions with cases in the past two weeks were Metro Manila with 1,063 infections, Calabarzon with 173 and Central Luzon with 101.

It said 3% of the reported deaths occurred in December, 5% in November, 11% in October and 15% in September.

It also said 126 cases tagged as recoveries were reclassified as deaths. Two laboratories did not operate on Dec. 28, while one failed to submit data.

The agency said 20% of intensive care units in the Philippines were occupied, while the rate for Metro Manila was 24%.

Meanwhile, DoH said it was investigating reports that some people who came home recently from overseas had skipped quarantine. “Now is not the time to relax and deliberately put others in danger,” it said in a separate statement.

“All agencies involved are currently meeting and we will release information once complete,” it told reporters in a Viber group message. “Rest assured contact tracing has commenced.”

DoH said failure to observe quarantine rules is against the law and violators will face penalties.

“This blatant disregard of health protocols should not be tolerated and should be punished, regardless of who they may be,” Senator Juan Miguel F. Zubiri told reporters in a Viber group message.

He said he had heard of someone who had the coronavirus skipping quarantine to attend a party, adding that her friends were not positive.

“This is irresponsible, illegal and unforgivable,” he said. “Dozens are now sick and some even hospitalized, possibly with the Omicron strain.”

“The COVID crisis will not end if there are individuals like this and facilities who do not care for the proper implementation of our quarantine protocols,” Mr. Zubiri said in Filipino, adding that authorities should investigate the matter. — Alyssa Nicole O. Tan and Norman P. Aquino