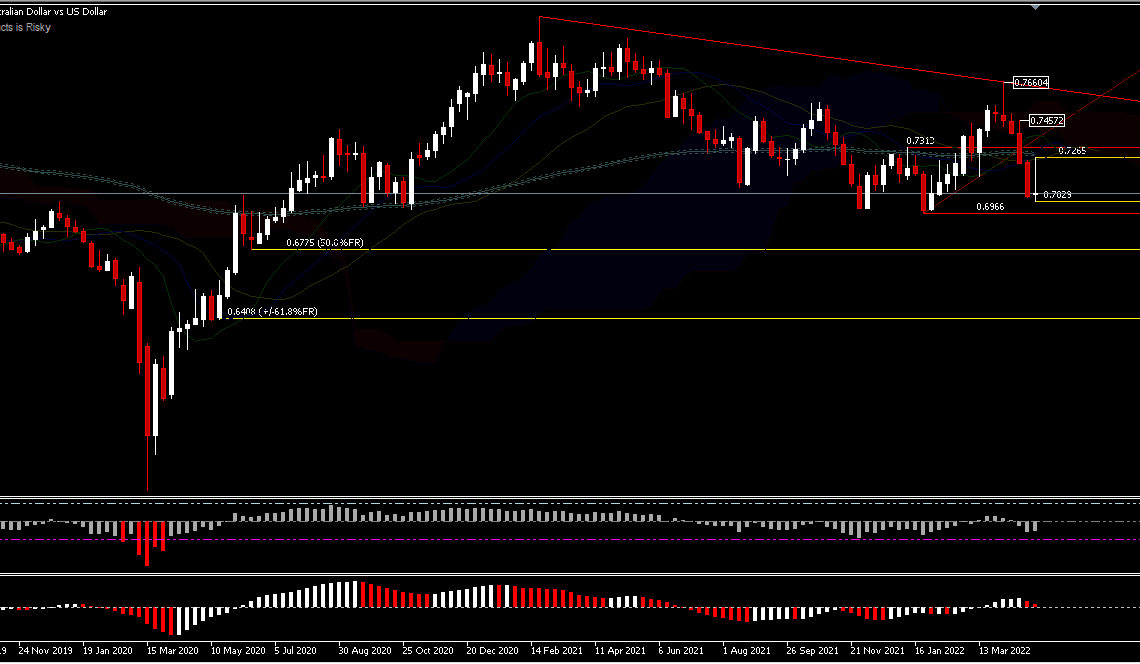 Last week was dominated by volatility as the RBA, FED and BOE gave the markets something to think about. Accelerating global price pressures following the pandemic have left central bankers with the tough tradeoffs between inflation and growth, as each dynamic has debilitating consequences for global economies, and policymakers are trying to walk a fine line between the two. The FOMC is prioritizing the inflation fight as the strength in the labor market suggests little chance of a sustained US downturn. The RBA hiked rates more than expected, the Fed took a possible 75 bps hike off the table and the BOE said not to look for too many rate hikes, while raising inflation forecasts and calling for a possible economic contraction in Q4.

Across the pond, it is becoming a major battle between the doves and hawks at the BOE and ECB as the war, sanctions, and supply chain disruptions are significantly increasing risks to growth while inflation is going through the roof. And in Asia, the zero-covid policies and restrictions in China are exacerbating a worrisome slowing in activity while price pressures are relatively tame. Inflation and growth reports will be the highlights ahead.

RBA surprised markets by raising interest rates for the first time since 2010, by 25 bps from 0.1% to 0.35%. The committee suggested there could be more gains in the future, as inflation picked up faster than anticipated. The AUDUSD picked up quickly, but was also quickly sold off in the last week, as fears of slowing growth in China following Covid-19 lockdowns affected the Australian Dollar.

China’s trade data for April released earlier this morning showed imports exploded last month, as tighter lockdowns of major cities and worse prints are expected this month, with imports set to fall -3% on the yearly measure. China’s annual inflation rate rose to a 3-month high of 1.5% in March 2022 from 0.9% in the previous two months and above market forecasts of 1.2%. China set its target CPI around 3% for the year, the same as in 2021. On a monthly basis, consumer prices were unexpectedly flat in March, compared to a consensus 0.1% decline and after a 0.6% gain in February.

This is bad news for countries that depend on China’s demand for their commodity products, especially Australia. With China’s economy slowing down dramatically, there will definitely be some negative effects on the Australian economy.

On the other side of the world, US inflation releases are the focal point this week now that the May policy meeting and the jobs report are out of the way. That pressures failed to abate last year and into 2022 as the FOMC expected has cost policymakers some credibility as the long-touted “transitory” inflation never materialized. The acceleration in prices to multi-decade, if not record highs by some measures, stirred fears the Fed was behind the curve and forced the Committee to aggressively increase interest rates — last week’s 50 bps hike was the largest since 2000.

AUDUSD,H4– edged lower to 0.7029 last week, rebounding to 0.7265 before turning lower. The initial bias remains neutral this week and views are changing, that the decline from 0.7660 is the third move of the corrective pattern from 0.8006. A price move below 0.7029 will target the 0.6966 low first. A strong break there would confirm a medium term bearish case. However, a move above the price of 0.7265 will confuse the prospects for the future.

Technical indicators are still validating movement to the downside, with 2 oscillation indicators in the sell zone and price movement below the Alligator, Kumo and 200-period EMA.

Sterling
The Sterling fell sharply after the BOE’s decision to raise by 25 basis points brought interest rates from 0.75% to 1.00%. The bank later warned of a possible halt in economic growth and inflation to spike higher than they expected. During the press conference, BOE Governor Bailey said that he disagreed with those who think the BOE should raise interest rates more. This statement brought the Pound to a significant decline in value against most major currencies and further declines are possible in the next week, although a brief rally cannot be ruled out.
The ambiguous guidance on interest rates ran counter to market expectations for further significant policy tightening and the outcome of the meeting was more dovish than the market had expected. The Bank considers the risk of a weighing recession in policy considerations. The downside risks surrounding economic growth are intensifying and the BOE is much more focused on avoiding a recession than fighting inflation. Markets responded by recalibrating the trajectory for lower UK interest rates, dragging GBPUSD to fresh two-year lows. In addition, stock volatility tends to hurt the Pound, which is sensitive to global risk appetite.
The UK will release Q1 GDP on Thursday and March Industrial Production. Perhaps better data can give the Pound a much-needed boost.
The Pound lost -1.9% against the US Dollar last week, for the 3rd straight week of losses. Sustained weakness looks to be testing 2 low price levels, namely 1.2250 and 1.2072. Last week, the pair bottomed out at 1.2275 before closing at 1.2334. As long as the support at 1.2250 holds, there is a possibility that a short term rebound could occur to 1.2637.
GBPUSD, H4
GBPUSD, H4 – The intraday bias is still inclined to the downside and a strong break of the 1.2250 support will bring the asset to a test of the 76.8% FR (1.2072) retracement level. On the upside, a break of the 1.2637 resistance is needed to indicate a near-term low and open the door for a test of the 1.2972 price level. Otherwise, the outlook will remain bearish, despite the recovery.

Meanwhile, New Zealand’s strong labor market in Q1 and the unemployment rate at a record low of 3.2% brought no significant changes for the Kiwi, last week. The emergence of global growth concerns, especially in China, built a stigma for falling commodity prices which ultimately affected the New Zealand Dollar as a commodity currency.

NZ inflation hit 6.9% in Q1 and the RBNZ is determined to curb inflation expectations. The RBNZ raised interest rates by 0.50% in April to 1.50% and indicated further tightening is needed. Despite the RBNZ’s hawkish stance, the New Zealand Dollar underperformed amid the strengthening US Dollar.

NZDUSD continued its decline for the 6th week in a row, losing more than -6% in April and additional losses for May above -1%. The 0.6380 minor support looks soft, after the break of the 0.6528 support 2 weeks ago. Further declines should target the 61.8% FR retracement level around the 0.6227 price level. As long as the resistance at 0.6567 holds, the outlook remains bearish.

NZDUSD, H8
The intraday bias remains tilted to the downside for the FE100.0% projection at 0.6344 from a drawdown of 0.7217-0.6528 and 0.7033. However a move above the 0.6567 resistance would confuse the short-term outlook. Technical indicators are still validating intraday price moves to the downside, overall.

Disclaimer: This material is provided as a general marketing communication for information purposes only and does not constitute an independent investment research. Nothing in this communication contains, or should be considered as containing, an investment advice or an investment recommendation or a solicitation for the purpose of buying or selling of any financial instrument. All information provided is gathered from reputable sources and any information containing an indication of past performance is not a guarantee or reliable indicator of future performance. Users acknowledge that any investment in Leveraged Products is characterized by a certain degree of uncertainty and that any investment of this nature involves a high level of risk for which the users are solely responsible and liable. We assume no liability for any loss arising from any investment made based on the information provided in this communication. This communication must not be reproduced or further distribution.