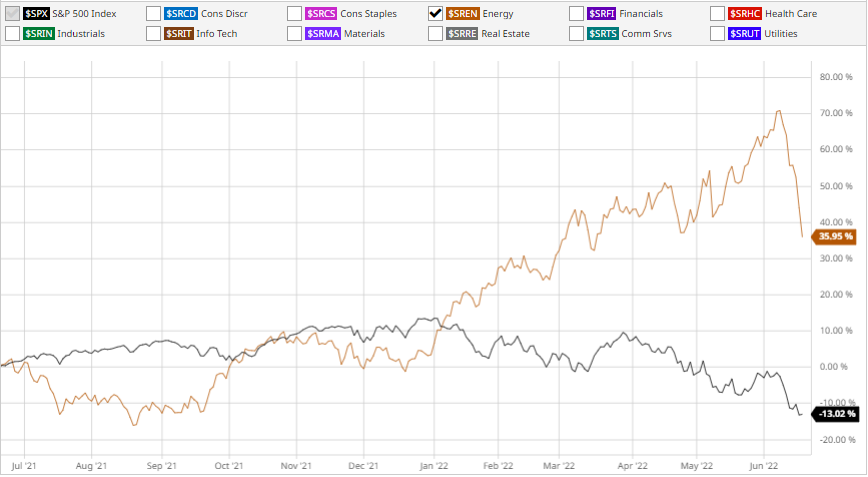 Fears of a bleak economic outlook after the Federal Reserve took an aggressive monetary stance to fight inflation have negatively impacted stocks. By Friday’s close, the S&P 500 had fallen to 3,682, down more than  -30% from its January high . Recession fears and weak sentiment hit the energy and mining sector the hardest last week, with an average decline of -20% . Overall, the energy sector has still outperformed the S&P 500 since mid-January.

“ConocoPhillips is a leading oil producer with a strong presence in 48 key regions, including prolific shale plays… The company’s production profile looks bright as it has in these resources decades of low-cost prime drilling locations.” – Zacks Equity Research

ConocoPhillips fundamentals are doing well. In the past few years, its sales have been in line with consensus expectations, or even higher than market expectations. In its latest earnings report , the company’s sales reached $19.3 billion, up 20.63% from the previous quarter, while adjusted earnings per share (EPS) were $3.27 , up $1 from the previous quarter. This encouraging result is due to increased oil production, the realization of commodity prices, higher oil prices driven by travel demand and tax benefits associated with the closure of audits. Also, the company’s generally healthy balance sheet could benefit investors in the long run. Most recently, ConocoPhillips announced it had increased its expected return on capital to shareholders to a total of $10 billion and declared a variable return on quarterly dividends and cash distributions, metrics that indicate the company’s financial health.

The recent slump in oil prices after a stronger Dollar and Russia hinting at higher oil exports could weigh on the company. WTI recently recorded its biggest one-day drop since March to $106. On Tuesday, it hit a high of $123.62, just shy of an early March high of $124.91. $105 will be the next psychological support level to watch, followed by $93.

Risk Disclaimer: The content of this website is for general marketing communication purposes only and is for informational purposes only and does not constitute independent investment research. Nothing on this website contains or should be construed as investment advice for the purchase or sale of any financial instrument. The information provided on this website has been obtained from reputable financial sources and any information in the content that contains indicators of past performance is not a reliable indicator of future performance. All users should understand that any investment in leveraged products involves a certain degree of uncertainty. Investments of this nature involve high risk and all users are solely responsible for this. We are not responsible for any loss caused by any investment made by users in the information provided on this website. No content of this website may be reproduced or copied without our prior written permission.