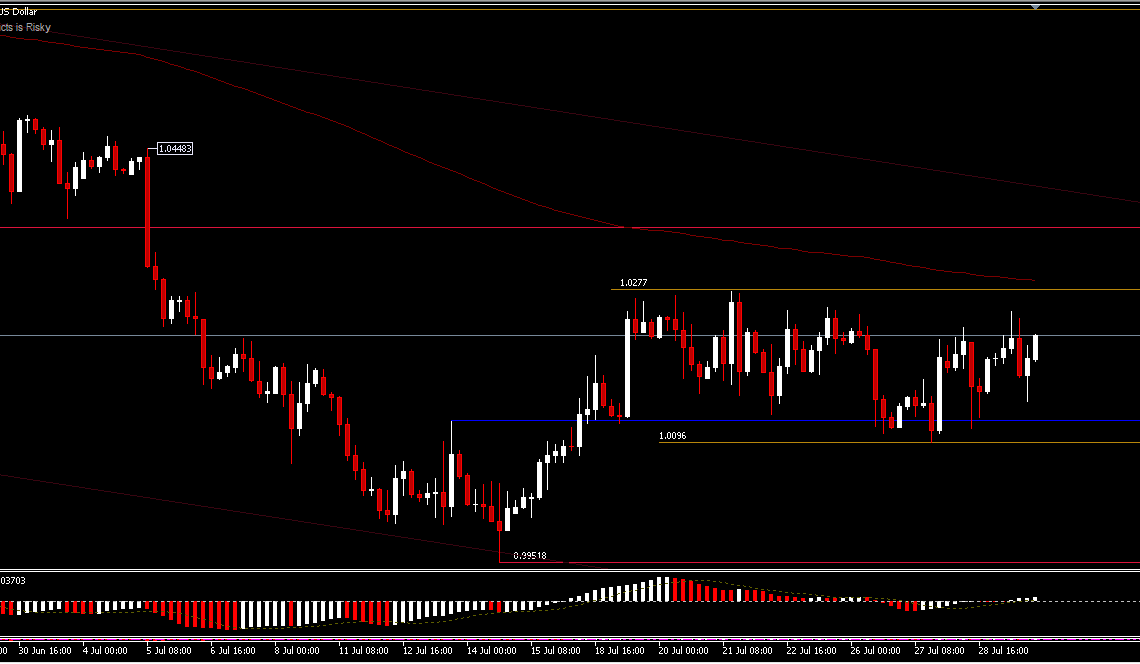 EURUSD last Friday was up +0.17% recovering from early losses and posting moderate gains. For the month of July, the pair declined -2.4%. The Euro received support from comments by ECB Vice President Guindos, who said the ECB was watching the euro exchange rate. EURUSD gains were also reinforced by the Eurozone Q2 GDP report which increased +0.7% q/q and +4.0% y/y, stronger than the expected +0.2% q/q and +3.4% y/y. GDP growth did slow year-on-year, although less than expected to 4.0%.

Quarterly GDP growth for some of the largest economies in the region:

The French economy expanded 0.5% on the quarter in Q2 2022, exceeding market consensus of 0.2% growth and reversing from a 0.2% contraction in Q1. On an annual basis, the economy grew by 4.2% in Q2, the sixth consecutive quarterly annual increase, following an upwardly revised 4.8% in Q1.
Italy increased to 1% quarter-on-quarter in the three months leading up to June 2022, following modest 0.1% growth in the previous quarter and beating expectations of a 0.3% increase. It was the sixth consecutive period of expansion and the sharpest rate since Q3 2021. With the expansion, the Ministry of Economy and Finance noted that Italy’s pandemic recovery was complete, as output in the second quarter of 2022 exceeded the average for 2019. Meanwhile, the rate of expansion and the annual carry-over in the first half of the year was 3.4%. The government forecasts 3.1 percent growth for the Italian economy in 2022, revised down from the 4.7% forecast amid a highly uncertain macroeconomic backdrop.
Spain’s GDP grew by 1.1% in the three months to June 2022, up from a 0.2% expansion in the previous period and above market expectations of 0.4%. On an annual basis, the economy grew 6.3%, the same as in Q1, and also beat market expectations of 5.5%.

Meanwhile, Germany, Europe’s largest economy, is vulnerable to disruptions in energy imports from Russia, and it is feared there could be more disruption to economic activity in the coming quarters. German IFO business confidence fell to 88.6 in July from 92.2 in June, while the expectations component fell to 80.3, both indicative of a recession soon. In general, for the Eurozone, the confidence survey and leading indicators are consistent with a slower pace of growth than the second half of the year, as the July Eurozone manufacturing and services PMIs both fell to 49.6 and 50.6, respectively. The combination of high energy prices weighing on spending, energy supply disruptions that have a direct impact on production and growth and the possibility of a US recession, all still have the potential to push the Eurozone economy into recession.

EURUSD traded range bound last week. The initial bias still looks neutral at the beginning of the month and earlier this week. On the upside, a move above the 1.0277 minor resistance could test the 1.0350 resistance first. A break there will target the resistance at 1.0448. On the downside, a break of the 1.0096 minor support would lead to a retest of the 0.9951 low. Broadly, as long as the price is still moving below the 1.0786 resistance, the bears will still dominate.