The FRA40 under pressure! 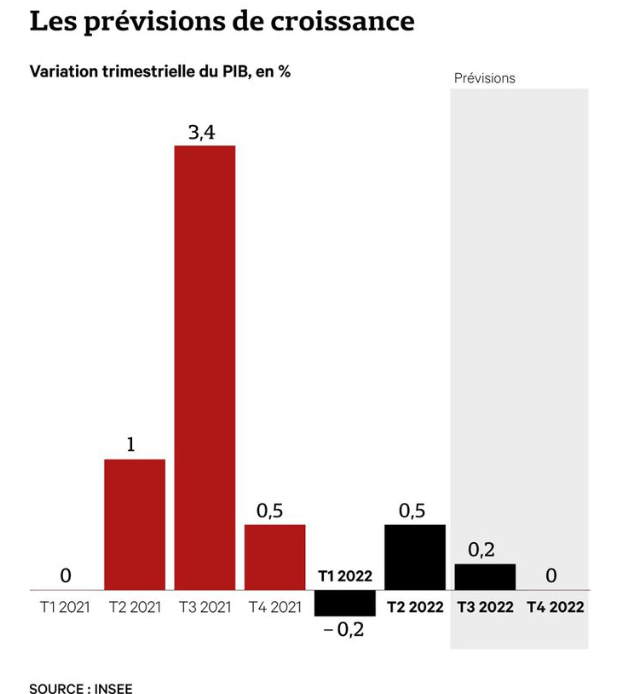 As far as education is concerned, France is at the bottom according to the last international and national rankings. Today’s 4th graders have the level of 5th graders of 25 years ago. France ranks 18th: its gross results first of all are just on average for OECD countries (Organisation for Economic Co-operation and Development).

And from an economic point of view?

Times are going to be even tougher for the economy, according to data published Thursday by French customs. France’s trade deficit continues to deteriorate and amounted to 14.54 billion euros at the end of July. France registered a record 129.8-billion-euro (129 billion U.S. dollars) trade deficit in the rolling 12 months to July, the country’s Directorate-General of Customs and Indirect Taxes said here on Thursday.

This deterioration in the external balance sheet was fueled by the weight of the energy bill, which deteriorated by 0.6 billion over one month. Excluding energy, the balance was almost stable in July, according to Customs.

This Wednesday, INSEE revised down its growth estimates for the end of the year. GDP should only increase by 0.2% in the third quarter against 0.3% still expected in June. Activity was 0.5% between April and June, and without further geopolitical or economic crises growth should reach 2.6% at the end of 2022, more than the 2.3% forecast for the whole year.

As for 2023, GDP would be limited to 0.2%, which suggests a serious brake on the French economy.

Also, according to INSEE, manufacturing production should contract in the fall due to high levels of finished product inventory and inflation also remains at historically high levels.

This gloomy picture presents a France in decline, moribund but various studies show that this beautiful country enjoys in 2022 a very enviable influence, it is the seventh economic power in the world according to the International Monetary Fund, a remarkable performance for a country which represents less than 1% of the world’s population. In terms of innovation, France ranks fifth, according to the European Patent Office. It is also the sixth largest trading power, according to the World Trade Organization ranking.

Data that allows us to put things into perspective and glimpse interesting prospects for CAC40 companies.

Below we can observe the struggle undertaken by the FRA40 (CAC40) which is trying to stay above its February 2020 high around 6109 Euros. It is highly likely that a major movement will occur following the intervention of the ECB.

From a technical point of view, the FRA40 is currently in a range between its lowest at 5,749 and its highest at 6,635 euros and is desperately trying to stay above 6,000 points. The price is under its cloud, under its Kijun (green line) and under pressure from its Chikou Span (Yellow line). The lagging span managed to cross the set from these 3 indicators which means that it is currently in a bearish momentum. The next target is at 5,749 euros. If the price turns around, we could see the asset goes for the Kijun at 6,304 then 6,635.4 euros. (see below).