US inflation data in the spotlight 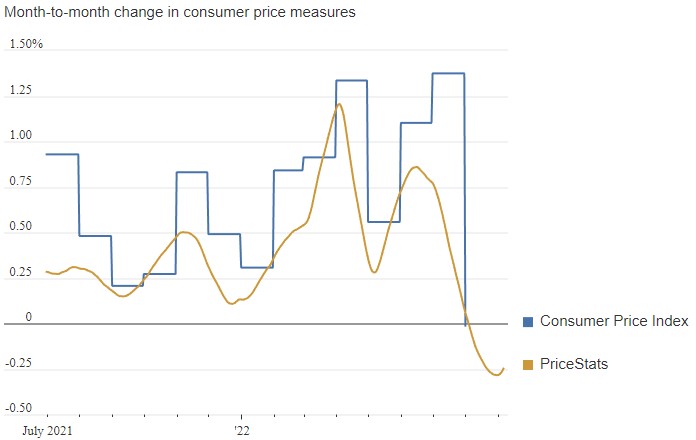 The Dollar drifts since last week as investors awaited the August inflation data due to be released today from the US Bureau of Labor Statistics.

Eventhough, US CPI is the near-term focus, comments from the hawks Bullard and Waller suggest even signs of slowing in price pressures are not likely to alter their leanings toward another aggressive 75 bp boost next week. On the other hand, several other officials have noted concerns about over-tightening amid the long lags in policy effects. There, other data this week including retail sales, production, and manufacturing may support their views if the data are weaker than expected.

As for the data, headline August CPI should dip -0.1%, along with a 0.4% increase in the core. Those would result in a slip in the headline 12-month rate to 8.0% y/y from 8.5% in July, with the core picking up to 6.1% y/y from 5.9% previously, and respective 40-year highs of 9.1% y/y and 6.5% y/y in March. For retail sales we are forecasting no change in either the headline or ex-auto metrics for August. Production should also be flat, while the Empire State and Philly Fed indexes should be in contractionary territory.

In the meantime, the FED continues its strong commitment to reduce inflation, which has led to the continuous tightening of monetary policy with strong rises in interest rates, the last ones at 75 bp, and as Powell rightly mentions, “it will continue with a restrictive stance for some time” until the 2% target is reached.

In general, the expected data would signal that the Fed’s efforts have been successful in reducing inflation. However, despite the fact that it is very possible that it will decrease a little more in August, it is not known if it will continue since the decrease was not total, since there were also increases in some sectors and it is unlikely that the FOMC will loosen its monetary policy until reaching the target level (which is still far away), for which we could expect a third consecutive increase of 75 bp on the 21st of this month.

The USDIndex has maintained a steady uptrend with small pullbacks and large bullish spurts following previous interest rate hikes (marked with red verticals). The price hit highs at 110.76, levels not seen since 2002, however it failed to hold the 110.00 level and has dropped to 107.77 today marking the lowest level this month. However, the Greenback remains strong.

With bearish divergence on the MACD and with the price history after the last rate hikes, the price is in retracement awaiting the FED decision, now at immediate support at 108.00 while testing the 20-day SMA at 108.62, followed by the 50-day SMA at 107.38. There is stronger support at the psychological level of 105.00.