The Pound at the dawn of the capitulation 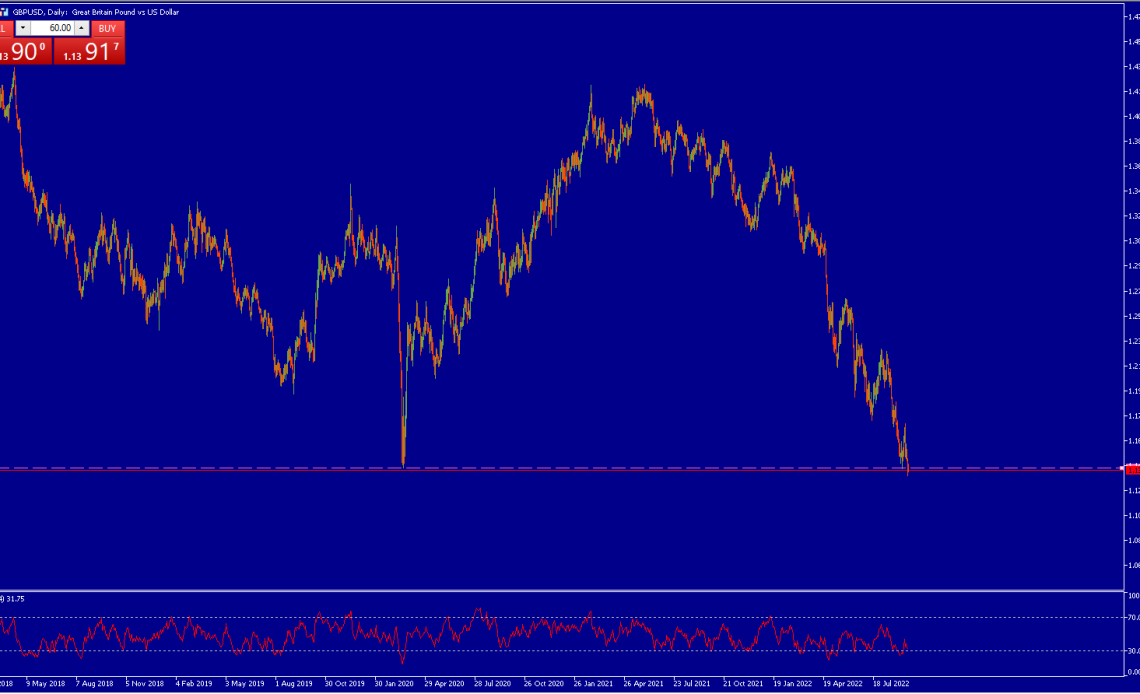 The Pound is fighting a tough fight to stay above $1.14, on this fateful day when the United Kingdom will bury its Queen after several days during which hundreds of thousands of Britons and visitors joined the long queue to see the coffin of the late Queen Elizabeth II.

The pressures exerted on the British currency include the risk of recession due to inflation, as Andria Pichidi, Market Analyst at HFM, points out: “The forecast for price increases over the next 12 months reached 4.9% in August, compared to 4.6% in the previous survey in May. This figure is lower than the rise in actual inflation, but it nevertheless reflects a worrying development, with 44% of respondents now expecting prices to rise by 5% or more over the next 12 months.“

Soaring global energy prices have also been the catalyst for this pressure, as the UK is a major energy importer, having depleted its natural resources of gas and oil over the past 40 years. Most of the UK’s electricity system depends on natural gas, and the eightfold increase in its price this year has hit the UK harder than ever compared to other European economies. (see below)

Retail sales figures in August fell 1.6% vs 0.5% expected and fueled this phenomenon, Britain’s INSEE said: “All major sectors (food stores, non-food stores, non-store retail and fuel) fell during the month; this last happened in July 2021, when all legal restrictions on hospitality were lifted.”

The UK has spent around 20% of their GDP to cushion the impact of Covid-19 according to data from the International Monetary Fund. Only the US has done worse.

Liz Truss has inherited an extremely complex situation and is preparing measures to revive the British economy. Concerning energy, she announced on Thursday September 8 a price freeze over two years at 2,500 pounds (more than 2,800 euros per year) only accessible to individuals.

The GBPUSD price is under its Kijun (green line) and its Chikou span (yellow line), and in addition the Lagging Span (white line) has crossed bellow Kijun and Chikou which clearly indicates a bearish momentum. The next resistance is at $1.11 and could reach $1.05 in the event of further selloff. If it rebounce and manage to stay above $1.14 at the close then doors could open for $1.15 and then $1.17 area. (see below)

In conclusion, the TINA (There Is No Alternative) effect having disappeared, the Pound is suffering from the strong surge in bond yields, though its salvation could come from good news, whether geopolitical or economic.