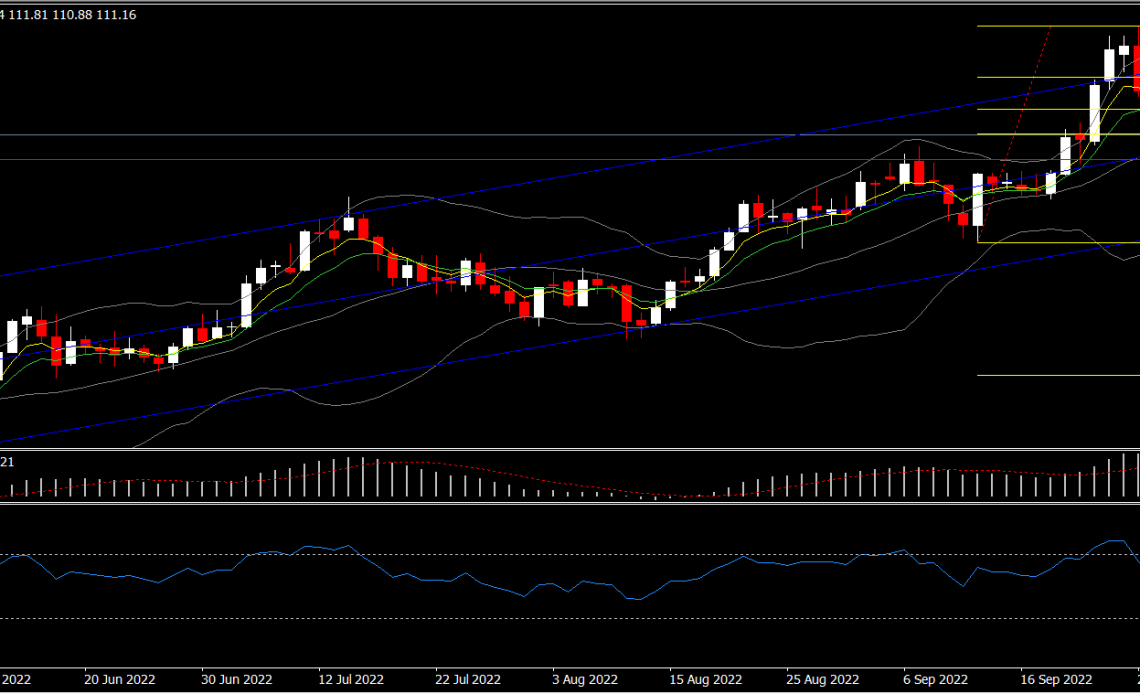 September payroll forecast is for a 210k increase after a 315k in August. The workweek is anticipated to hold steady from 34.5 in August, alongside a 0.1% hours-worked rise and a 0.3% gain for hourly earnings. The jobless rate should tick down to 3.6% after a rise to 3.7% in August from the cycle-low 3.5% in July. The impressive pace for job growth through July sharply outpaced GDP, which posted a -0.6% Q2 contraction rate after a -1.6% drop in Q1.

The risk is for payroll undershoots in each remaining month of 2022. Consumer confidence and producer sentiment continue to fall, alongside up-trends in initial claims and now continuing claims as well.

October kicked off with big gains in bonds and stocks and a pullback in USDIndex. The USDIndex was softer on the tempering in the FOMC outlook and closed at 111.00 handle. A dissappointing NFP report this Friday, could add pressure on the asset, with nearest support level at the 110.30 area.

Price is still in an uptrend and the probability is for bulls to resume buying at the lower end of the range if the reversal pattern yields an impulsive wave after breaking to the upside. Conversely, if price breaks below the 110.30 area impulsively and breaks the major uptrend too, sellers could take control of the market and drive price down towards the 109.09 area which represents the next higher-low structure.

We expect a 0.3% September average hourly earnings rise, following gains of 0.3% in August, 0.5% in July and 0.4% in both June and May. We expect y/y wage growth to dip to 5.0% from 5.2% in the three months before, with a downtrend reflecting the continuing return of lower-paid workers to the labor pool. Prior to the pandemic, growth in hourly earnings was gradually climbing from the 2% trough area between 2010 and 2014 to the 3%+ area until the pandemic-induced spike.

Continuing claims fell by -90k between the August and September BLS survey weeks, following gains of 47k in August and 41k in July that marked the only two increases since May of 2020. We expect an initial claims average of 207k in September, following 237k in August, an 8-month high of 247k in July, and a cycle-low of 175k in March. We saw BLS survey week readings of 209k in September, 245k in August, and 261k in July, versus a cycle-low of 177k in March. The September tightening in claims trims the downside risk for our 210k September payroll estimate, though we’ve still seen a net rise in both initial and continuing claims in March and May, respectively.

The 4-week average for initial claims has a strong inverse relationship with the monthly payroll gain. Until the massive claims surge caused by COVID-19, claims had been surprisingly tight relative to the rate of job growth, presumably due to reduced job churn in the later half of the last expansion. This relationship has taken a wild ride since COVID-19 due to big swings in job churn, and initial claims won’t be particularly useful for forecasting payrolls until we see how the series match up in the post-pandemic environment.