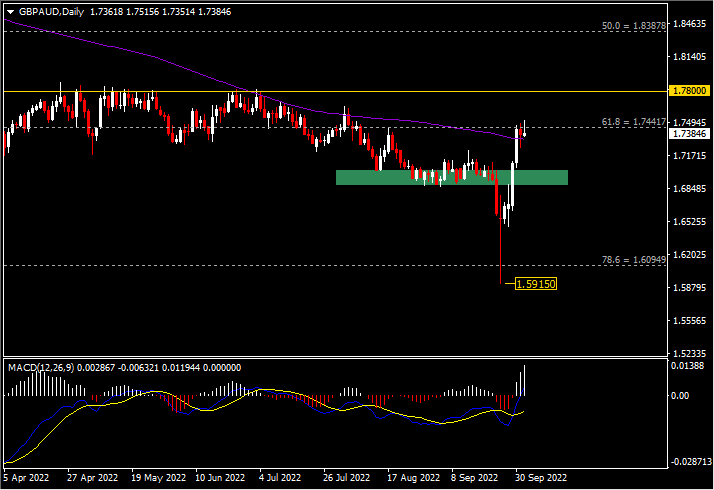 Sterling tumbled following the early announcement of the new government’s mini-budget. There was speculation that the pound would fall below parity against the Dollar, like the Euro. However, the Pound found its footing against other major currencies as the Bank of England stepped in with an emergency intervention to buy long-term bonds and calmed market sentiment.

Yesterday (October 3), British Chancellor of the Exchequer, Kwarteng, said the government would cancel the 45% cut in the top income tax rate – further supporting the Pound. Under the conditions of the current environment, the large-scale tax cut plan without capital support may do more harm than good, and threats such as rising borrowing costs and deepening fiscal imbalances will damage the credit rating of the UK’s sovereign debt. Rating agency Moody’s is scheduled to reassess the UK government’s credit rating on October 21. Earlier, another rating agency, Standard & Poor, had downgraded the UK’s credit rating from “stable” to “negative”.

Today, the Reserve Bank of Australia announced a 25 basis point increase in interest rates in its interest rate decision to 2.6% (the highest since August 2013), lower than market expectations of 2.85%. This is the central bank’s sixth rate hike in six months. The committee said further rate hikes will continue to “achieve a more sustainable supply-demand balance” for some time to come, and the magnitude and timing of rate hikes will be determined by economic data. The Committee also expects inflation to remain stable over the medium term. In short, the heightened recession risk has prompted the central bank to turn cautious and slow the pace of rate hikes, possibly pausing as future demand weakens and inflation peaks.